Patna: Politicians were cutting through the party line in Patna, paid respect to Bharatiya Janata Party (BJP) leader Bhola Singh after his death at Ram Manohar Lohia Hospital in Delhi on Friday.

Many big leaders, including Prime Minister Narendra Modi, have condoled the news about the death of Bhola Singh.

PM Modi also made his last visit. Prime Minister Narendra Modi tweeted: “I am sad about the news of the death of Bhola Singh ji, MP from Begusarai. They will be remembered for their work done for the society. In this moment of sadness, I have a deep sympathy for my family and my supporters. ‘Please tell that Bhola Singh was a familiar face of Bihar politics. Apart from being a minister in the Bihar government, he had also been an MLA from Begusarai 8 times.

At the same time Lok Sabha Speaker Sumitra Mahajan expressed grief over the demise of Bhola Singh saying that his death was a big loss for Bihar. He said that Singh used to actively participate in social work, and due to his departure, this area also suffered huge losses. Union Health Minister JP Nadda has also mourned the death of Singh. 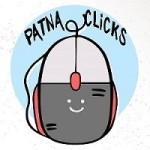 Patna clicks brings you the latest news and headlines of Patna. We explore about events, educational, political and real estate news. Patna clicks provides full coverage and updates on popular places, restaurants, services, businesses and their happenings. We aim to keep you updated with the happenings around Patna.